Played by:
Matthew Macfadyen
Matthew Macfadyen may be most recognized to US audiences as Mr. Darcy in the film Pride and Prejudice alongside Keira Knightley, and more recently as John Birt in Frost/Nixon. On television, one of Macfadyen's first appearances was on Masterpiece in the 1999 version of Wuthering Heights, and more recently in The Way We Live Now. Macfadyen is also known for his work in the British TV series Spooks (MI-5 in the US). Macfadyen is married to actress and MI-5 co-star Keeley Hawes. Macfadyen had no hesitation accepting the role of Arthur Clennam. "This story really blew my hair back," Macfadyen said. "Then when the rest of the casting came through, I couldn't believe my luck. I've been in some talentueux casts in my time, but nothing quite like this!"

"This story really blew my hair back,"...

Little Dorrit: "Money can only give happiness where there is nothing else to give." 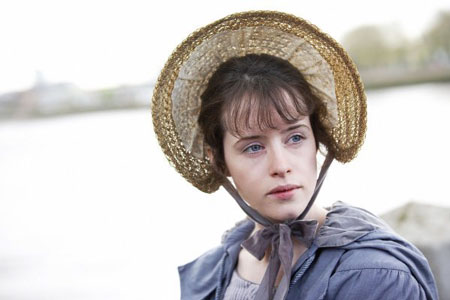 Charles Dickens' Little Dorrit is a fable for our times. Originally published as a serial novel between 1855 and 1857, it could be inspired by the headlines of today's economic crisis. It is all about money - how society and government deal with its abundance and shortcomings - and the effect on the individual. If you think we should be more socially evolved since this tale appeared one hundred and fifty years ago, think again. Sadly, "Those who cannot remember the past are condemned to repeat it."[1] Too true!

In comparing the story of Little Dorrit to our current economic woes, we can look to the spirit of the individual for salvation. Charles Dickens is renowned for his characterizations and again he presents us with a few positive characters surrounded by a generous array of souls representing the folly and vices that plague humanity: lust, gluttony, greed, sloth, wrath, envy and pride. Yep! Those famous seven deadly sins hell bent on ruining our lives (and all our fun) in the eyes of society. It is the stuff that best sellers are still made of, so it is no surprise that the BBC and PBS chose to adapt Little Dorrit for the screen. In addition to all the misfortune, intrigue and avarice, there is a dashing hero Arthur Clennam (Matthew Macfadyen), an admirable heroine Amy Dorrit (Claire Foy), and a love story simmering through to tug at your heart. Add to that a new adaptation by veteran BBC screenwriter Andrew Davies, a cast of British actors plucked from the heavens, and what more could this classic bonnet drama fan ask for? (Well - definitely Jane Austen, but that's another story) 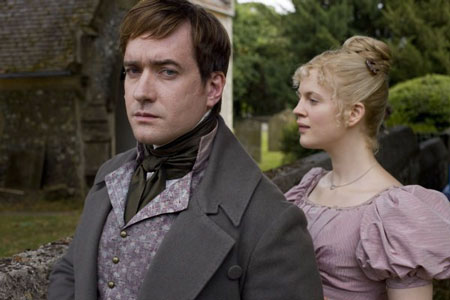 When Dickens embarked on his eleventh novel, he was an established 'best selling' author of his day motivated to expose the current crippling bureaucracy and social injustices that were plaguing Britain in the 1850's. As with his other stories, he draws heavily from his own life experiences as a child. Little Dorrit is a huge, sprawling story set in the 1820's England where the penalty for financial insolvency is imprisonment, a topic very close to his heart since his own family (like the Dorrit's) were imprisoned at Mashalsea prison for debt. The novel totals over 750 pages in my Oxford World's Classic edition, and I must confess to being more than a bit intimidated by its size when it landed on my doorstep. In preparation for the Masterpiece Classic presentation, I chose instead to listen to a 35 hour audio book (which was still a monumental, but enjoyable endeavour) and found an excellent unabridged edition from Naxos read by Anton Lesser. In comparison, the BBC/PBS adaptation at 7 and a half hours seemed a breeze! Davies has done an excellent job of condensing the story, though some might find some of the subplots and minor character associations a bit hazy. Understandable, considering the complexity of this story. The good people at PBS have done any excellent plot and character analysis available on their Little Dorrit official website if you get lost! 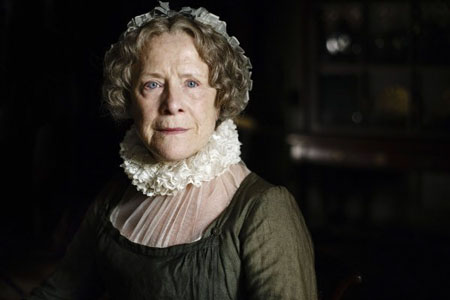 Episode one is all about the older generation and how the two parents William Dorrit and Mrs. Clennam's life choices have imprisoned their children by their mistakes. William Dorrit, respectfully called the "father of the Marshalsea" is played by two time Academy Award nominee Tom Courtney who aptly presents him like a fading Shakespearean actor puffed up by playing Kings so many times that it is now part of his personae. Mrs. Clennam, the stony paralytic matriarch of "The House of Clennam" also played with courtly authority by Judy Parfitt, (who will always be Lady Catherine de Bourgh for me since I enjoyed her performance in the 1980 Pride and Prejudice) delivers a performance worthy of Medea, the wife of Jason in Greek mythology who when scorned by her husband, embarks on the ultimate act of revenge, killing their children. Her searing blue eyes are like death rays to all she looks down upon, which is pretty much everyone, but angelic Little Dorrit. Her son Arthur Clennam and William Dorrit's daughter Amy are both victim's of their parent's bad choices. Arthur, by age 38 recognizes his unhealthy indenture to his mother and breaks away from his debt to her for his upbringing, education and the only job he has every had in the family business. Inspired by the innocence and devotion of Amy Dorrit, a young woman who has chosen to serve others at her own expense, he is revitalized into starting a new life for himself, all the while trying to discover the mysterious connection between his fathers's dying wish and the Dorrit family. Amy 'Little Dorrit' at 22 has yet to understand the shackles that her birth and life in a debtor's prison have bound her to since she has experienced little else. Though their families and society have imprisoned them, their individual spirit and resolve guides them through their difficulties. This is the thread of hope that fuels this dark story. Through these two characters, Dickens shows us that even under extreme adversity, that the individual and society can renew itself. 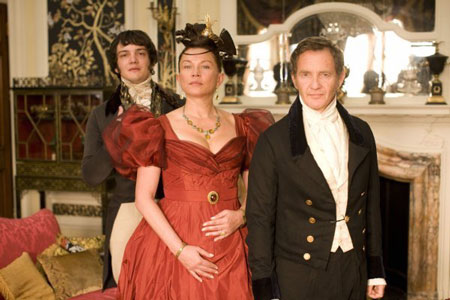 Though Dickens pen dwells on guilty and misery like no other can, this fable is also about facing temptations and what we do with them. How we are emotionally and financially in debt to society and our families from the day we are born. How honor and virtue can save us. Oh my! This is sounding like a sermon. Dickens would approve. He was a strong social activist, using his novels as a sounding board to reach the public and rally change. So, as we look closely at Dickens tale of temptation and avarice over the next five weeks on Masterpiece Classic, and are painfully reminded that Ponzi schemes and bankruptcies are as old as the ages, it is reassuring to know that Little Dorrit does have a happy ending. It is about hope, love and renewal of the individual spirit and society. While some will continue to think "a large income is the best recipe for happiness"[2] I will look beyond the power of pewter and believe "money can only give happiness where there is nothing else to give."[3]