Kim Cattrell gets her man

Kim Cattrell, who plays man-eating cougar Samantha Jones in Sex And The City, is thrilled that actor Matthew Macfadyen is to be the new man in her life - on stage, that is.

The pair will star in Noel Coward's Private Lives, directed by Richard Eyre, with performances at the Vaudeville Theatre on the Strand for a ten-week season from February 24. The official first night is March 3.

'I think it's a great choice,' said Kim, who is on location in Morocco shooting Sex And The City 2.

Private Lives will begin 'outta town' at the Theatre Royal, Bath, from February 10 until February 20, and then head straight into the West End.

The actress has not yet met her leading man, but Mr Eyre explained that he had shared all his thoughts about casting with her. 'She is thrilled that Matthew is going to do it,' the director said from Melbourne, where he is working with Cameron Mackintosh to cast an Australian production of the musical Mary Poppins.

The stars will play Amanda Prynne and Elyot Chase, a divorced couple who, by chance, find themselves staying in adjoining hotel suites in Deauville when each is on honeymoon with their new spouse.

When I saw Kim during the Toronto International Film Festival, she told me she was 'beyond keen' to start rehearsals and 'get on that stage'.

As the actress pointed out to me, she's no stranger to the boards.

She has acted in Chekhov, Arthur Miller and others in North America and garnered rave reviews on her last appearance in London, when she played a paraplegic woman in Whose Life Is It Anyway?

Eyre noted that she's extremely knowledgeable about the theatre and 'probably sees more of it in London and New York than either of us'.

He described Cattrall as 'witty, talentueux and droll' - so a good match for Macfadyen, who he called an 'intelligent, subtle actor with sex appeal'. 'I can't imagine that he won't be very good as Elyot,' he told me.

Macfadyen was recently seen in Criminal Justice 2 and last year in the award-winning Little Dorrit, both for the BBC. Of course, many will remember him as the star of the early series of Spooks.

Danny Moar, who is producing the play with Duncan Weldon and Sonia Friedman, explained that the London run was limited because Kim had to go on a global marketing tour for SATC2. 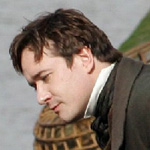